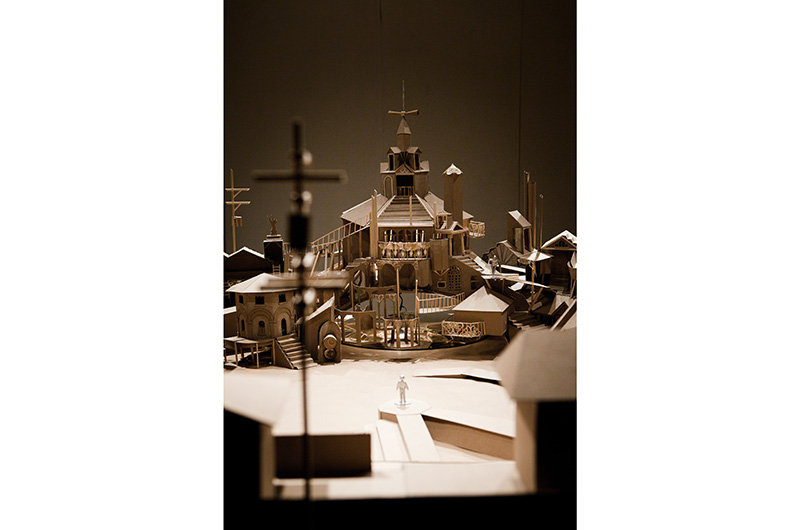 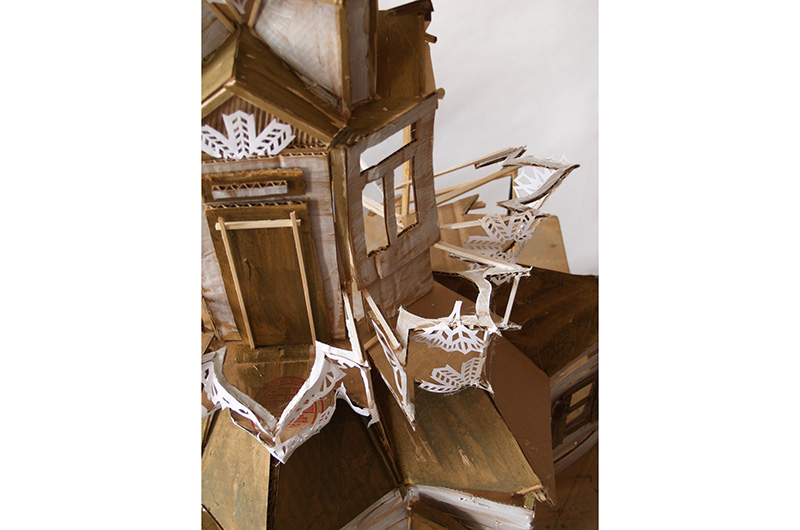 In the beginning there was one: Swoon’s iconic design for Dithyrambalina!

At the start of Airlift’s evolving engagement with musical architecture we imagined that we would make one musical house. As lead visual artist on the project Swoon was tasked with designing the look of the house. After a few tries she created Dithyrambalina - as a joyus ode to New Orleans’ architecture. A cardboard model was soon followed by a 10ft quarter scale model for Dithy, as we like to call her. She was a beauty but we still didn’t know how to make her sing.

That was the moment when musical architecture co-founder, Delaney Martin, decided to create The Music Box: A Shantytown Sound Laboratory. Inspired by Swoon’s ten foot model, Martin envisioned a village of small shacks and shanties that could act as laboratories for artists to create musical inventions that could be incorporated into Swoon’s design.

The Music Box was so successful that we soon realized we had outgrown our original site for Dithyrambalina. We also decided to keep the village concept in our new designs. But Dithyrambalina is still on the cards…. when we get our permanent site she will be our grand, magnum opus, looking out over the rooftops of the village she has spawned.